SaaS (Software as a Service) adoption remains on the rise. From small and medium businesses (SMBs) to large enterprise users the $100 billion+ SaaS market is going strong. SaaS benefits such as rapid deployment to remote work forces, increasingly sophisticated and diverse platforms, and a more efficient path to updates than with on-prem alternatives are major SaaS growth. ensuring effective backup for their SaaS solutions.

The vulnerability of data contained in major cloud-based SaaS platforms was highlighted by a December 2020 Google outage in the United States and Europe that left Gmail and other services inaccessible. And in October 2020, Microsoft 365 users endured three large
outages globally. Meanwhile, Microsoft Teams—part of the Microsoft Office 365 productivity cloud suite—has seen adoption explode to over 115 million daily users. It is projected that 78% of businesses will run almost entirely on SaaS by 2022. Unfortunately, many among this growing user base will remain unaware that Microsoft, Google, and other SaaS providers are
not necessarily responsible for data restoration.

It’s not a matter of if will happen at
your organization. It’s matter of when.
In fact, if you have employees actively
using SaaS applications, there’s a good
chance that some form of data loss has
already occurred—you just don’t know
about it. 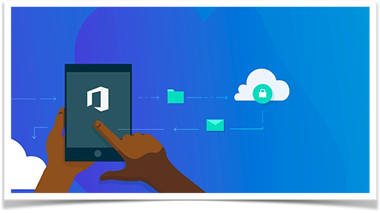 2) Yes, but our SaaS provider would never lose our data.

First: Yes, when you’re talking about
SaaS from companies like Google and
Microsoft, you’re probably right that they won’t lose your data.
Even if it’s true that your SaaS provider won’t cause the data loss, that doesn’t mean
that data won’t be lost.

3) We are careful. We don’t make mistakes.

Not all SaaS data loss is caused directly by human error. In a survey, 13% of
companies said they lost SaaS data due to cyberattacks.

4) Our SaaS provider has its own backup.

Is Google backing up your G Suite data in case of an outage at their data centers?
Absolutely. Do you get access to those backups if you cause the data loss on your end?
Not likely.

5) But wait, our SaaS provider DOES have a backup option.

Some SaaS applications do provide a backup in case of mishaps on the user end.
Salesforce, for example, gives you the option to perform a weekly data export. But
that export is a far cry from the kind of recovery you’re probably imagining.

This is a surprisingly common misunderstanding about SaaS. The reasoning goes
something like this: “We’re storing data in the cloud, so it’s not vulnerable to disasters
that can happen on-site, like hardware failure, flooding or natural disasters.”

SaaS users sometimes get a false sense of security from knowing that their employer
has a dedicated business continuity and disaster recovery solution on site. It may not
occur to them that this backup technology is not actually backing up the data in their
SaaS applications.